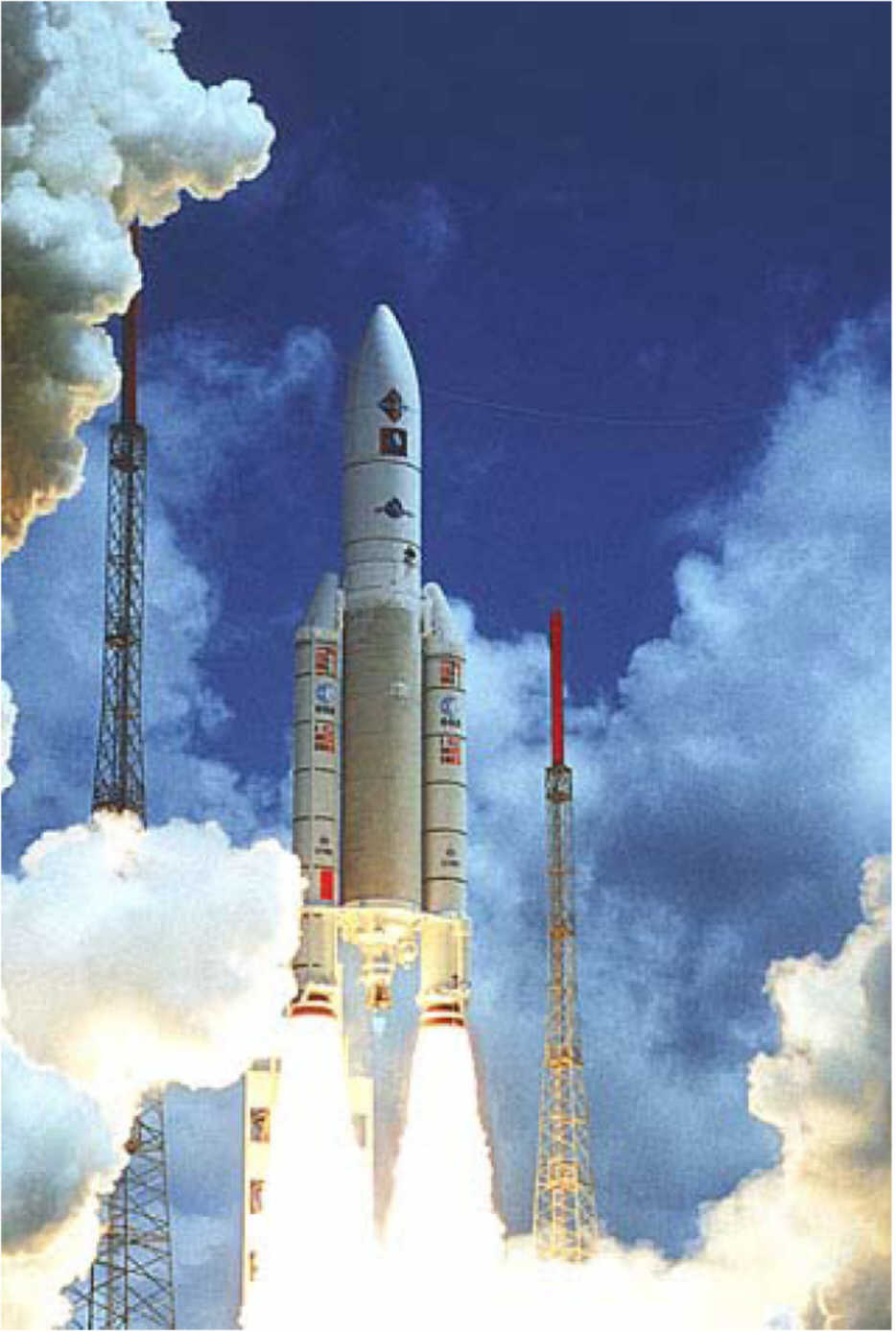 The great length of the rocket (30 m) makes the construction from segments necessary. The building of the rocket in this length is possible and expedient only at the place of the launch. The segments are connected with so-called clevis-tang connection.

Clevis-Tang connection on the interface between two cylindrical segments should ensure that under the specified load conditions at startup, the complete sealing of the housings to the outside at this interface and the safe and even load transfer are achieved.

Studies of various previous designs at the beginning of the ARIANE 5 development have identified a number of weaknesses that can be eliminated by appropriate solutions, such as:

Furthermore, different possibilities to improve the connection, which were considered in our design, were established:

Refined non-linear FEM analysis, taking into account elasto-plastic deformations in the material and conditions on the surfaces in contact, shows that the largest stress values in the connection occur in contact with the pin. The pin loads maximally the tang at the bottom of the tang bore and at the top of the holes in the clevis, resulting in a rotation of that joint and the highest stresses. The purposeful reduction of rotation in the connection, thus not only improves the sealing function, but also effectively reduces the highest levels of stress in this critical connection.

This high plastic deformation in the connection cause that reuse of the booster cylinder would not be a useful solution. 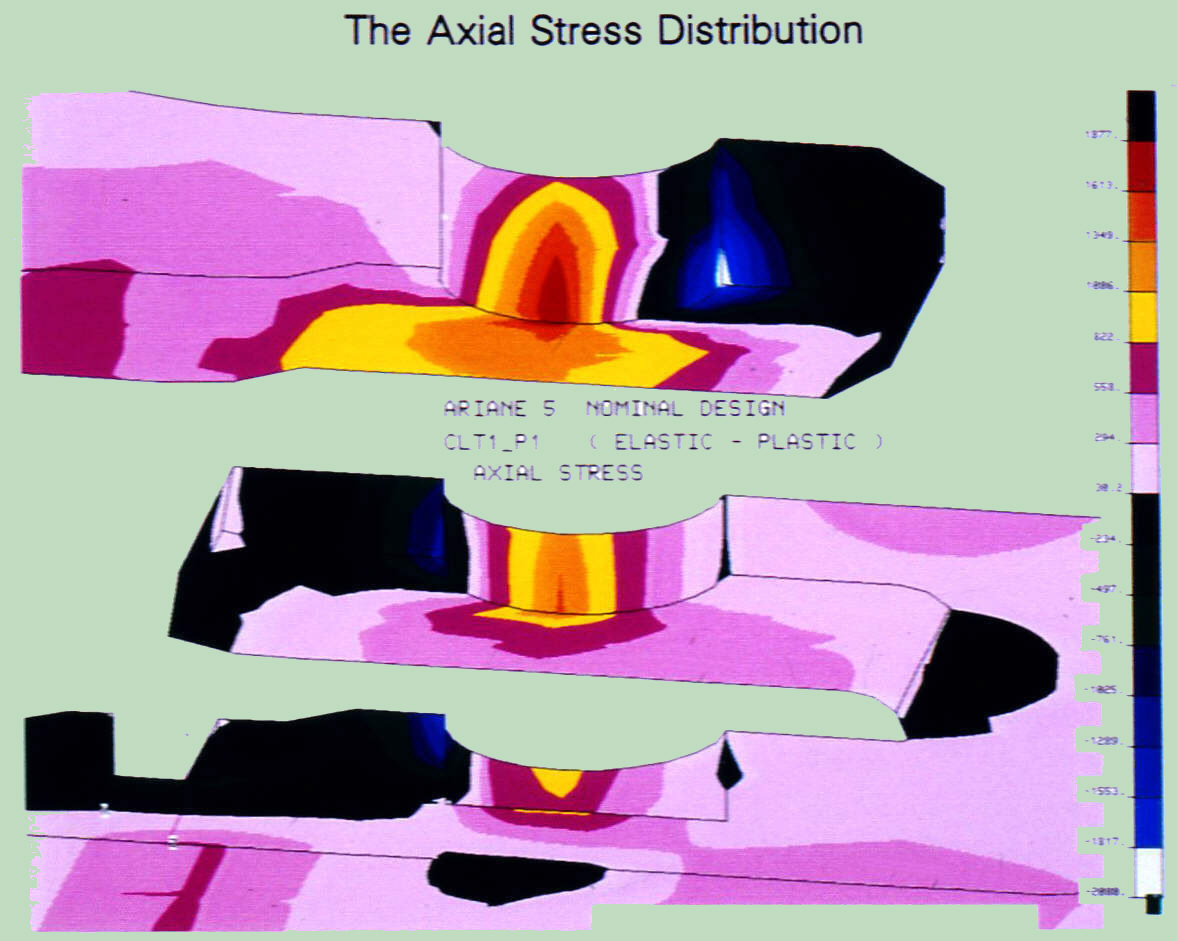 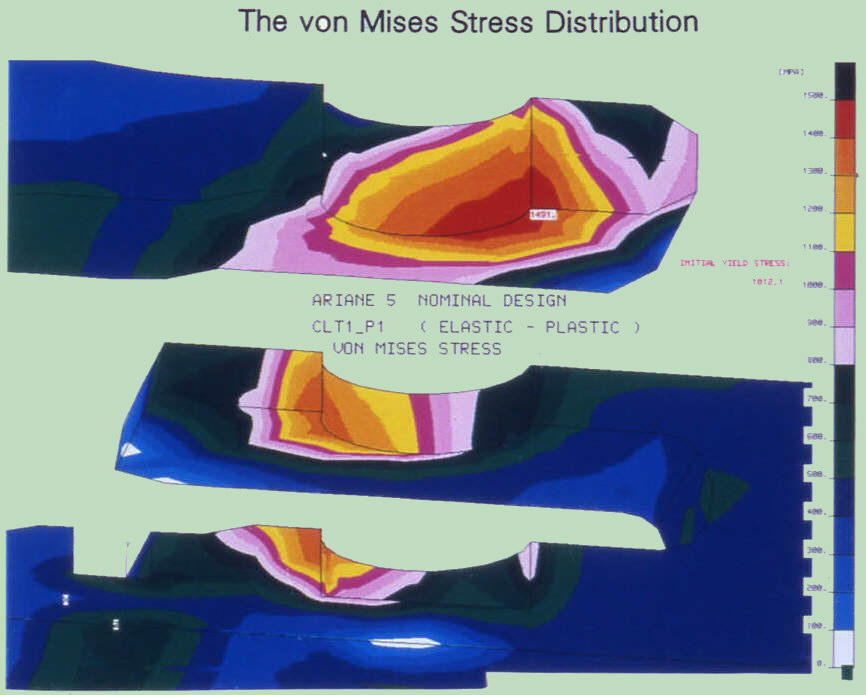 Back to the begining